THE TROOPS OF DOOM

The Absence Of Light

Release
The Absence Of Light 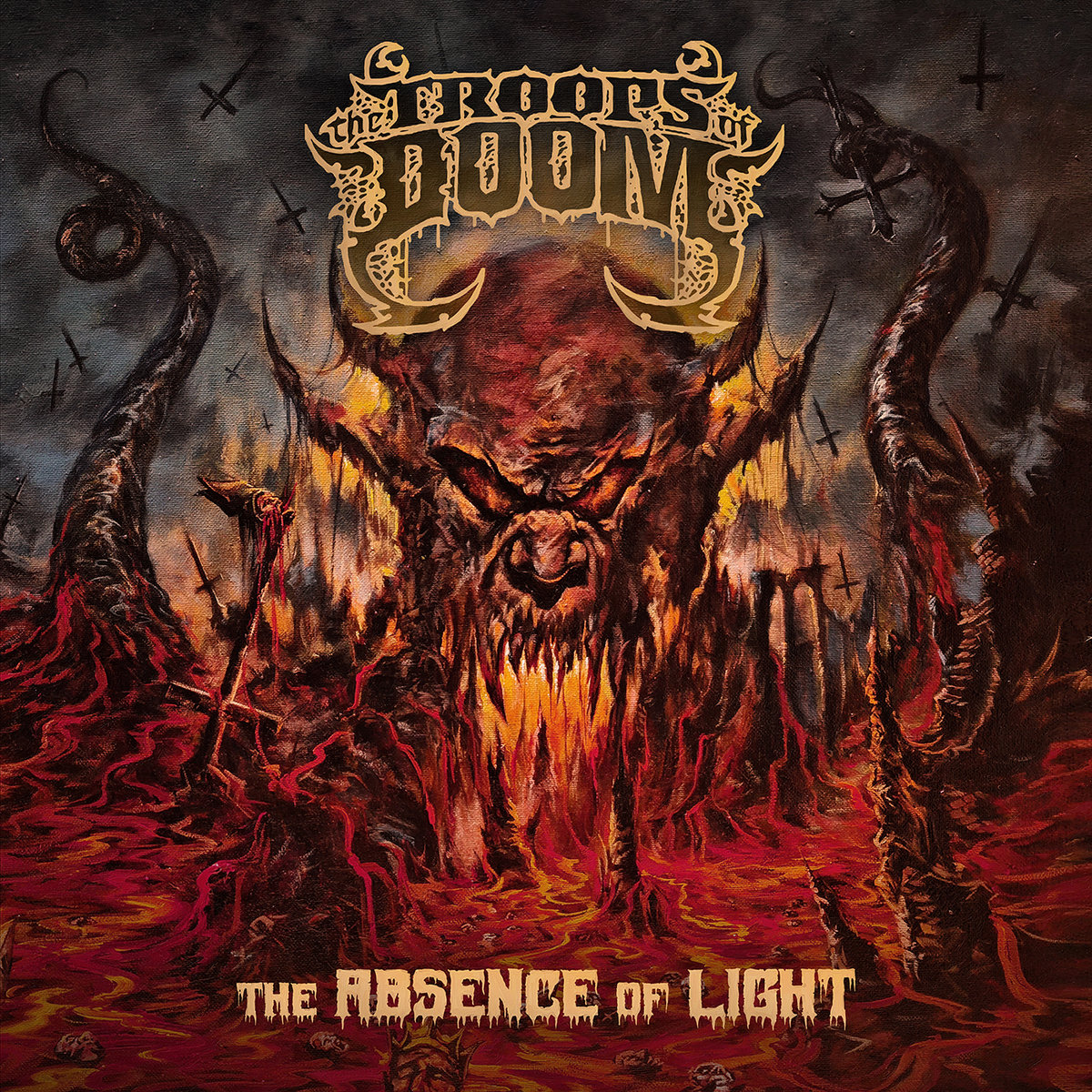 Available on Cassette with black Slipcase and silver foil print.

Produced by The Troops of Doom
Co-produced by Øystein G. Brun
Recorded at The Colony Studio,
except the drums recorded at MAÇONARIA DO ÁUDIO (February / May 2021 – Brazil)
Mixed and mastered by Øystein G. Brun at Crosound Studio (June / July 2021 – Norway)
“Introduction – The Absence of Light” by Dave Deville
“Act II – The Monarch” features Jeff Becerra (Possessed) as special guest

All songs by The Troops of Doom, except “Antichrist” by Sepultura
“Antichrist” was mixed by leonardo pagani at LP Mobile Studio (June 2021 – Brazil)
Lyrics by Jairo “Tormentor” Guedz

Last year’s The Rise Of Heresy debut EP was an absolute ripping affair which I had the honour of reviewing. It was a fond harken back to the early days of Sepultura when Jairo ‘Tormentor’ Guedz…
– read full review @The_Sleeping_Shaman –

Thrashing madness from Brazil, we’ve heard that quite some times before. I don’t know what they have in their water over there, though they have been stable deliverers of hard fueled Thrash throughout 3 solid decades now…
– read full review @Voices_From_The_Dark_Side –