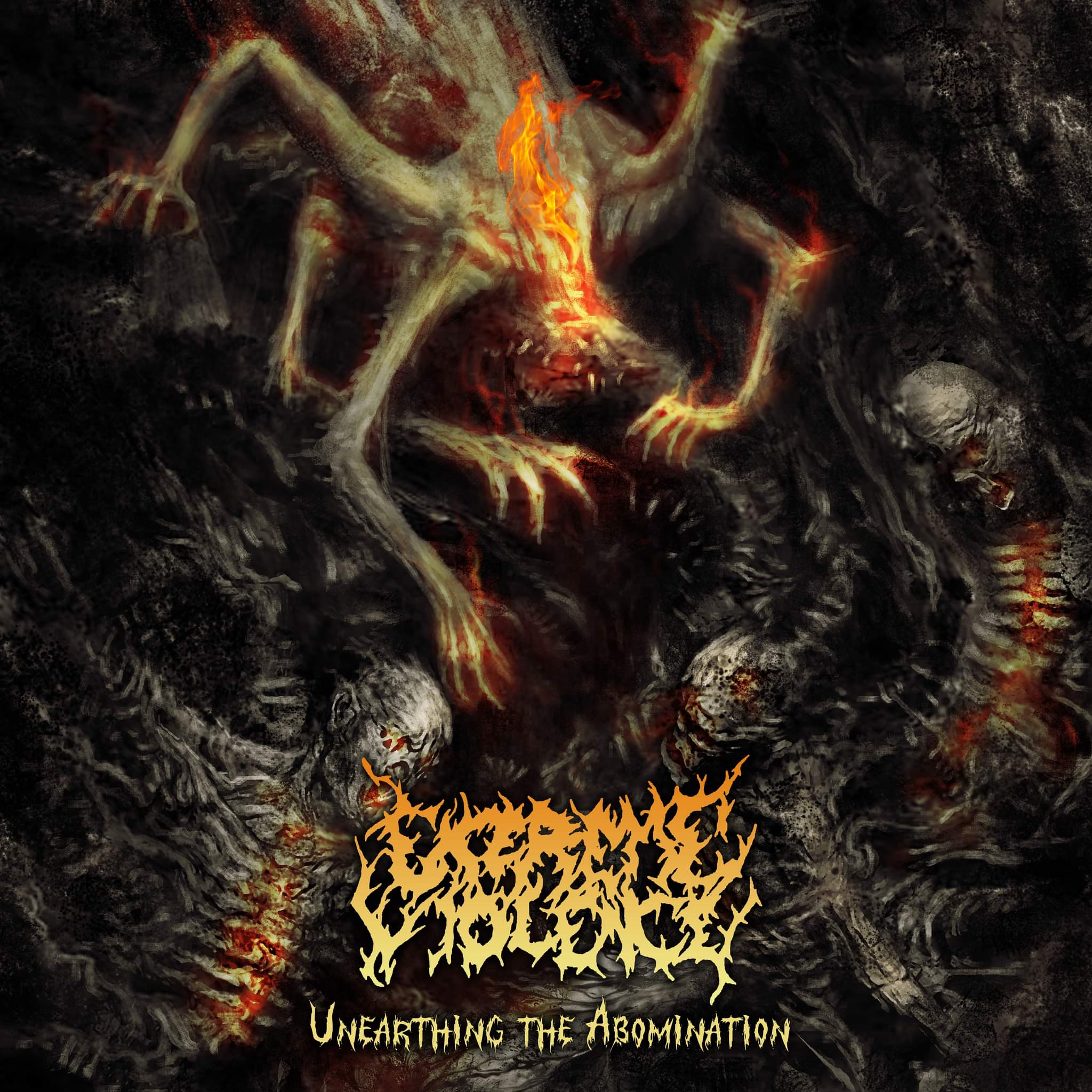 This album is a good addiction to your collection if you’re a fan of American brutal Death Metal with a splattery and gory image. EXTREME VIOLENCE are very competent in this genre…
read full review @Voices_From_The_Darkside/a> –

The Greeks became famous in 2007 when their 2005 album unleashed through Sevared Records label following the wave of the time as bands paying Suffocation tribute achieved cult status in underground circles. Without doubt, the album was very cool, but not necessarily mandatory and hard to find in Germany. The demos, on the other hand, were previously unknown to me and I have bitterly regretted that, as the 2002 demo “Sickening Butchery” in particular should have been mentioned in our “Tomb Of The Mutilated” special! You can hardly get any closer to this classic. It sounds like 1992s era Chris Barnes sang the vocal parts and Jack Owen was Greek. So it is not surprising that ‘Meat Hook Sodomy’ was covered in that demo… The compilation also contains an unreleased promo song from 2015, the debut demo “Addicted To Cannibalism” (Coincidence?) and a demo song “Ecstasy In Pain“ which naturally breathes pure “Despise The Sun ” Suffocation flavour. A beautiful contemporary document, which was crafted well visually and sound-wise and should be required by readers/fans of the bands mentioned above…
>read full review @Deaf_Forever_Magazine –