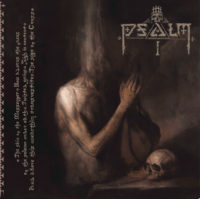 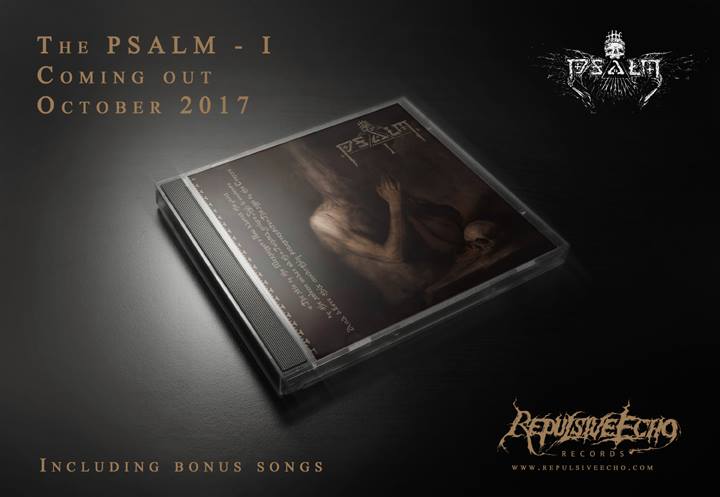 Recorded and mixed in Stonehouse studio during 2014 by Mike Gougolis
Mastered in Mix Studio during 2015 by Fotis
Artwork by Nikola Samori www.nicolasamori.com, used under kind permission
Lettering and Logo by Frater Teth – Layout by Nikos Tsiolis
The Mystical Meeting copyrights by Sakis Tolis. Song recorded for Metall Hammer official Tribute to Rotting Christ
The Yawning Chasm is a track from the forthcoming debut. Recorded live 16 March 2016 at 8ball, supporting Asphyx. Shot Live by Industry Kills. Mastered at Resonance Studios.

The use of keys in the vein of old Morbid Angel and the likes are well placed to add some more of its ancient aura. The Bolt Thrower like thrash riffs are fantastic and are heavy and crushing panzer like, here and there overlapped…
>read full review @VM_Underground –

THE PSALM is a Death Metal band from Greece rising from the ashes of NOCTURNAL VOMIT, who existed from 1999 to 2016 and delivered a full-length and a number of demos and splits. ‘I’ is a mini CD that Repulsive Echo Records just released, and it is an extended version of the EP that THE PSALM released in 2015 (on cassette and 7”)….
>read full review @ Voices from the Darkside –

THE PSALM I REPULSIVE ECHO RECORDS 10 FUCKING SKULLS Formed in 2013 from the ashes of NOCTURNAL VOMIT, THE PSALM have only released this mind-blowing EP thus far but based on the unique and captivating style of Death Metal conjured forth here one can only expect great things in the future from this Greek trio. Those of us who grow quickly bored with the “grunt and grind” school of Death Metal will find themselves swept away by waves of pure agony as THE PSALM drags your soul down a twisting and tortured path straight to the gates of Hell. Vocals are strongly reminiscent of early DEATH as Thomas Eremite channels the spirit of Chuck himself on tracks such as “Ascetic” and “The Yawning Chasm” and the music must be experienced to be believed as guitars and drums create interwoven passages of sheer terror with seemingly effortless and at times inspired passion. Ultra-classy and evil packaging from Repulsive Echo Records adds greatly to the allure of this scream from this abyss masterpiece.
– DOA Magazine (ex SOUNDS OF DEATH) –

THE PSALM 8/10 I Repulsive echo SZ: 27:29 / VÖ: already published Style: Death Metal This young Greek trio was formed in 2013 from the ashes of the Death Metal band Nocturnal Vomit and originally released this debut EP as 7 “in 2015. And as with Nocturnal Vomit, singer Thomas gorgeous van Drunen-moderately pouts and quotes here and there riffs of the dutchman. THE PSALM are still a bit more original, because in the dull throng again spooky melodies with an oriental touch are incorporated, which sometimes even reminiscent of Necros Christos. The guys master the daring balancing act between orthodox obscure Death Metal and classic Death Metal of the brand Pentacle, Asphyx or Pestilence really great and make you hungry for an entire album. The new CD re-release is enhanced by three bonus tracks (including a Rotting Christ cover).

THE PSALM come with music fulfilling all my requirements for honest, real old school death metal. Their record is full of unreal black energy. The tombs were opened, bells ringing the death knell. “I” may be the soundtrack to your last trip. Underground came alive again and sent messengers…
– read full review @ Deadly Storm –