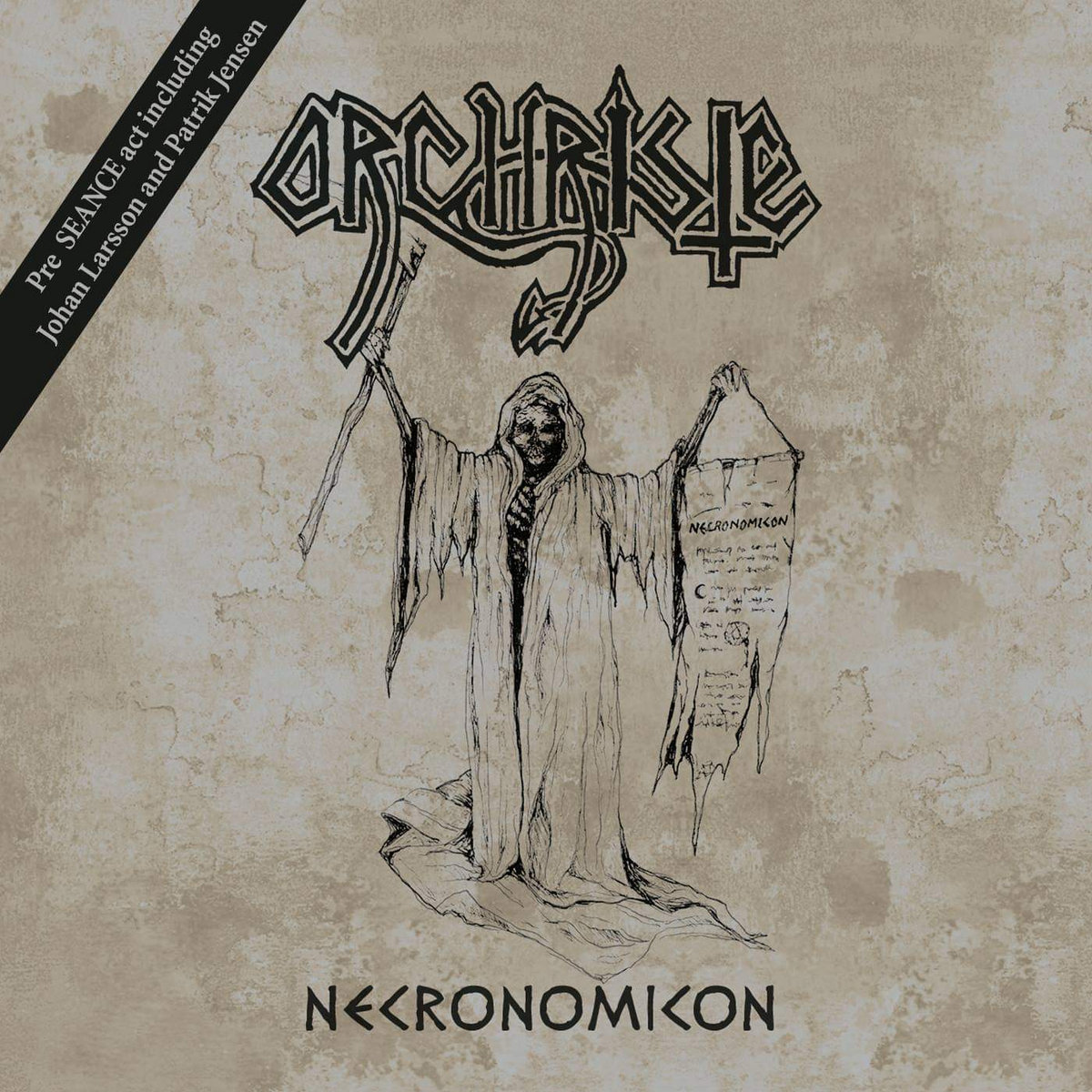 Special thanks to Fredrik Astrand for his help

As proven by their Call from Subconscious re-issue earlier this year (reviewed in Issue 2), Repulsive Echo know exactly what they’re doing when it comes to exhuming buried death-metal classics, doing absolute justice to the sound and the feel of the original. So here’s a fresh cadaver to contemplate – a compilation of songs by Swedish band Orchriste, two of whose members would later go on to play in Seance. We have four tracks from their only demo from 1989, “Necronomicon”, and eight live tracks from their 1990 gig supporting Carcass.
I happen to love Seance, and I’m sure most death-metal fans are familiar with them, but if you’re not, they play tough-sounding driving, thrashy death metal with a nod to the supernatural. And Orchriste seem to simply be an earlier incarnation of this. The guitars are overdriven and aggressive, riffing furiously, supported by some crisp, agile and powerful drumming, a thumping bass and classic gravelly growl. There’s some added spookiness with some organ-like keys in the intro, something they use to great effect in their later work in Seance. All very classic stuff, but what makes this stand apart is the interesting songwriting, which has lots of rhythmic and percussive complexity to get you thrashin’ hard.
The demo is practically perfect – the live tracks are far from it, being dirty and pretty low in audio quality, but like any such recordings they’re really just for the sake of curiosity. So, this re-issue, available on cassette and CD, is really worth it for the exceptional demo alone, and the rest is a bonus for the Seance and Swedish death-metal nerds to transport themselves back in time.
>>read full review @Choppin Headz< –

The guitars are shredding and are very precise, so they definitely worked their asses off to get these tracks together. Also the drumming is very technical and without knowing they were far ahead of their time…
>read full review @Voices_From_The_Darkside< –