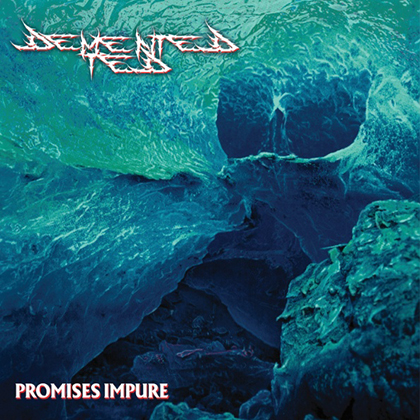 “Ohh yes! It should have happened! Why i am so excited? For the excellent move by Repulsive Echo to reissue this lost diamond of American Death Metal. The beautiful blue cover, the direct, physical and glamor sound of the 90s, the pillar bass sound, the raw vocals of Ron Janis and the fact that the album is recorded in the same legendary studio as Stillborn of their mentors MALEVOLENT CREATION! It is very easy understood the greatness that is hidden behind this album and of course if you are convinced RUN and bite this because is it wont be easy to find it again. This band was lost into time oblivion….”

The guitar tone is crisp and you can hear every note, but it also isn’t annoyingly squeaky clean. The bass is incredibly audible and it does its own thing a lot of the time and you just hear it clunk along to the music. The drumming itself switches up plenty, adding further variety to the riffing that shifts tempo semi-frequently. The soloing also blends into the music in a way that, while it doesn’t make you focus on the solo itself, it doesn’t ruin the music behind it. It flows well, flowing much like how the album art looks, which looks like an underwater setting. On the topic of underwater, the vocals are similar to Jeff Walker’s on Necroticism: Descanting the Insalubrious, only a bit deeper and it sounds like the vocalist is submerged underwater, especially on Liquid Remains.
– read full review @metal-archives.com –